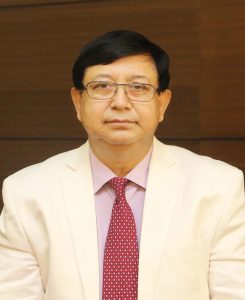 Before joining PDM University, Prof. Bhattacharjee served as Director/Dean of Middle East College, Muscat from 2012 to 2016, which is catering under graduate and graduate professional programs in Engineering, Technology and Management in partnership with Coventry University, UK and Wolverhampton University, UK. Prior to that he served National Institute of Technology, Kurukshetra from 1981 to 2012 in the capacity of Professor, Dean and Chairman of department, in addition to being a faculty in the department of Civil Engineering. During this tenure, Dr. Bhattacharjee served as a founder Director of Global Research Institute of Management & Technology, Radaur for two years from 2008 to 2010. Besides, Dr. Bhattacharjee shared several other responsibilities including Chief Vigilance Officer (appointed by Govt. of India); President-Students’ Clubs etc. As regards community service, Dr. Bhattacharjee was nominated as Chairman of Tsunami task force by ISDR (India) to extend technical support for rehabilitation of Tsunami victims in Tamil Nadu, India during 2004-2005. He was a member of AICTE’s expert team in India for conducting Institutional quality audit and accreditation. He is currently an External Reviewer with Oman Academic Accreditation Authority (OAAA) for the purpose of accreditation of higher education institutions in Oman.

In recognition to his outstanding contribution in the field of Science, Technology and Management, Dr. Bhattacharjee was awarded Shiksha Rattan award by H.E. the Governor of Tripura, India.