The Technical Club “Techno tuner” of CSE department organized a Robotics Workshop on 12th February 2020 at G-4 Hall, Faculty of Engineering & Technology, PDM University, Bahadurgarh. The theme of this workshop was “Learning gives Creativity, Creativity leads to thinking, Thinking provides knowledge, Knowledge makes us Great….”. The event started with the welcome of Chief Guest, Prof. Rampal Singh, Dean, Faculty of Engineering & Technology and Mr. Ajay Dureja, Head, Department of CSE. It was organized for all the 1st Year students of all the departments of Faculty of Engineering & Technology. In this workshop, students got aware about the latest robotic technologies, building bots, tech competitions and events. The orators explained about the tips and tricks to the students for future goals.

The Dean, Faculty of Engineering & Technology also expressed his views with the aim to circulate the benefits and importance of robotics in this advanced world and for higher future. In his speech he briefed about the topic Robotics. He added robotics is an interdisciplinary branch of engineering and science that includes mechanical engineering, electronic engineering, information engineering, computer science, and others. 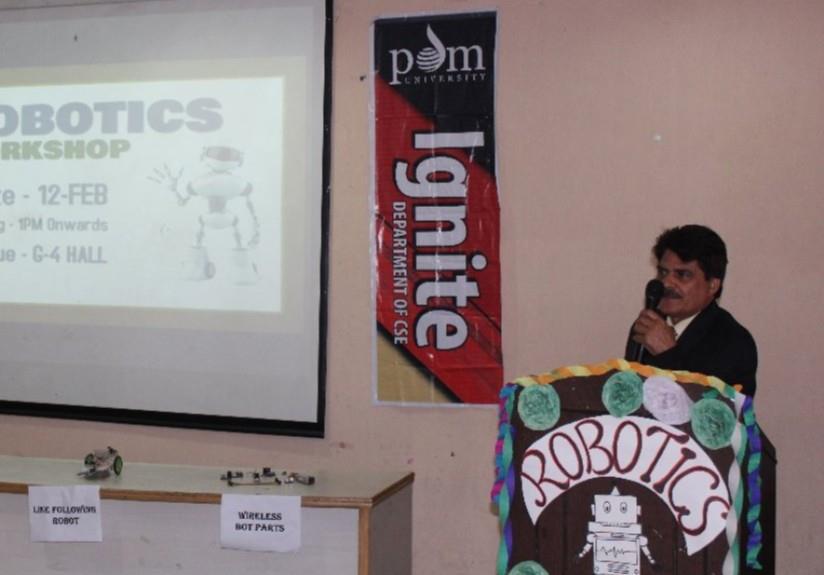 These technologies are used to develop machines that can substitute for humans and replicate human actions. He motivated students to learn and develop the technical skills. The Faculty Coordinators Mr. Aman Dureja and Ms. Diksha Chawla and other faculty members graced the event with their valuable presence. 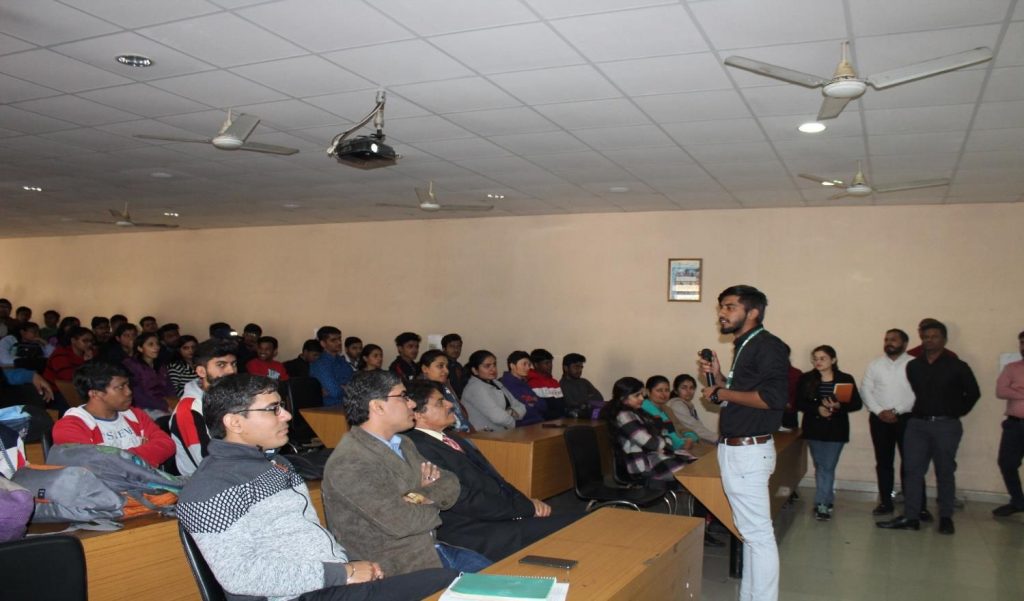 After the welcome speech, Mr. Narender & Mr. Piyush started the delivery of lecture with basics and simple introduction of robotics, type of competitions etc. which was actively listen by the audience. After the introduction, Mr. Lakhbeer shah also shared his journey in robotics and explain about latest technologies and making of LFR, DRONES & Wireless BOT. 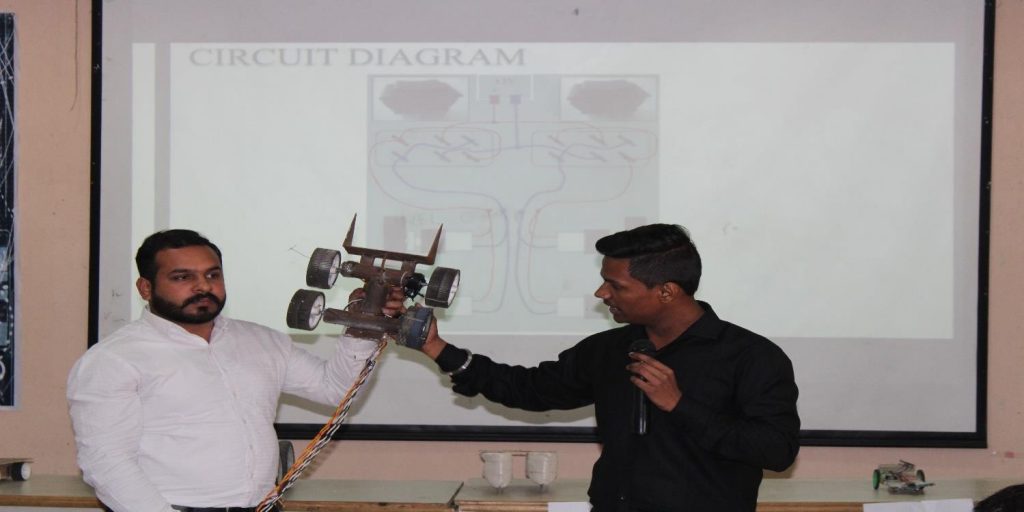 Working of Wireless Boat was explained by Mr. Lakhbeer and Mr. Piyush also pointed out that majority of the students lacked basic concepts in mechanics, which need to be bridged in a Robotics. 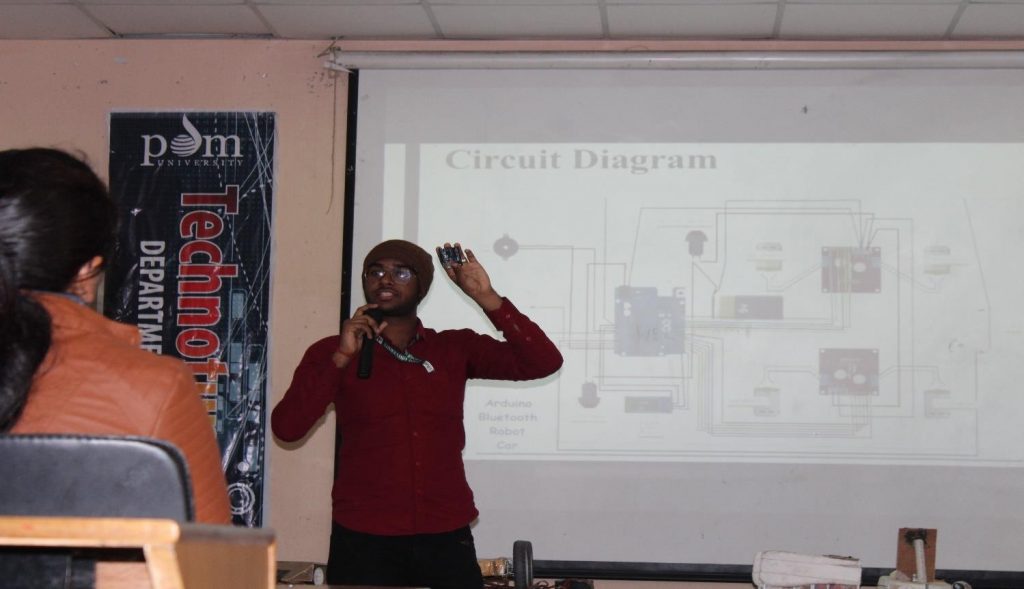 Through this workshop, students got familiar with the term Robot, how to identify whether a machine is a Robot or an autonomous bot, Robotics, Aspects of Robotics, philosophy of AI (Artificial Intelligence), Brief on Machine Learning and types of Robots. Informative videos on working of robotics were shown to students.

In the next part a brief introduction to Arduino was given by Mr. Lakhbeer. Participants got familiar with various development boards of Arduino and learnt the development environment for Arduino. Working with Arduino I/O pin was taught, and functions of various embedded components were explained. Later simple application of Arduino like blinking LED and its coding was explained.

The workshop was attended by more than 100 participants (including 10 members of departmental clubs who volunteered to help conduct the workshop) who appreciated the workshop very much. The workshop was highly interactive. Feedback from the students was collected and it suggested that they welcomed this initiative and they are motivated to explore more dimension in this platform also they are willing to do projects, research work and developing robots for competitions in future. The workshop came to an end with solving quarries of the audience.

The workshop was concluded by Mr. Ajay Dureja, Head, Department of CSE with a vote of thanks to faculty coordinators, conveners of departmental clubs, members for making this event successful.